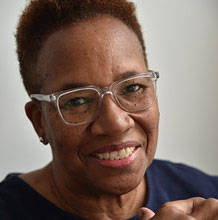 Cheryl Head has spent more than 25 years in public broadcasting management and production positions. She is the former Vice President of Public Media Engagement at the Corporation for Public Broadcasting where she managed CPB's Diversity and Community Engagement Investments. At CPB, she also held senior management positions in the TV Programming and Education divisions. At WETA TV/FM in Washington, DC Head served as Senior Vice President of Corporate and Administrative Services and Deputy Director of Programming. Head was also Vice President of Production and Community Development at WTVS/TV in Detroit. Head is a founding board member of the Independent Television/Film Service (ITVS) in San Francisco. She has an M.A. in Public Telecommunications Management from Ohio University; and a B.A. in Communications from Wayne State University.